Relationships … An Ongoing Series of Negotiations 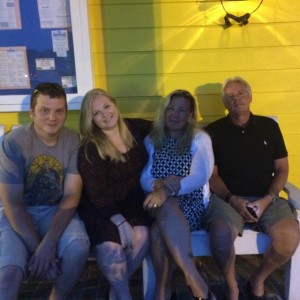 It could be as small as what we share for dinner or where we spend our vacation or it could be the foundation on what the relationship was formed. Our deepest most personal relationships are based on trust and they allow us to be who we really are and open and honest. A relationship lacking trust is one that is limited at best. Who could we ever be close with, if we can’t trust them?

Like Dr. Phil states, “that is a deal breaker” many times we have issues in our relationships that others may tolerate but for us it literally is a “deal breaker.” How many times can someone disrespect you or lie to you or deceive you before the relationship is damaged beyond repair?

We come to each person we meet with our thoughts and our ideas on what we learned from all our relationships. What works for us and what doesn’t work for us? Men seem better at cutting off relationships that don’t work for them. Women seem to want to work it out and work at their relationships.

I hear the men in my life say, “we are better off without that person” and I have never really thought that way until they said it. Sometimes we are “better off” without certain people in our lives and yet for whatever reason we keep them around.

People that have mastered the art of negotiating seem to be better at acquiring relationships that are rewarding and healthy for them. If you are unable to negotiate you either settle or you do without. The easiest most meaningful relationships are where respect and trust are the platform on which the relationship was established.

What one person may tolerate another person might not tolerate. Often at the onset of a relationship is when we do our best negotiating. We learn what a person expects of us and what they will and won’t tolerate. When we break the rules that have been negotiated in our relationships we are left to suffer the consequences.

It used to be so easy. We learned the “golden rule” do unto others as you would have them do unto you. Today more than ever we have leaders that don’t follow the golden rule and a society that often treats others in a way that they wouldn’t want to be treated.

Think about it? When was the last time you “negotiated” in your relationships? What was it for? What are your “deal breakers” or what is on your list of “nonnegotiable?”