The Teller of the Story
By Bernadette A. Moyer 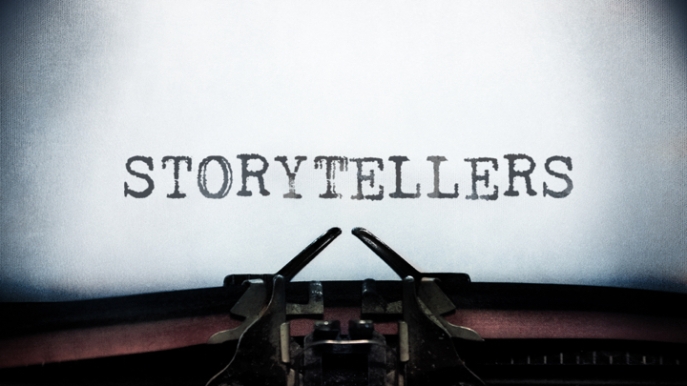 All writers are tellers of stories. Recently a friend shared her “immigrant book” where she writes and tells about family stories that originated in Italy. Her family history and roots are important to her and she writes about them and wants to share them.

Miranda Lambert has a new song called “The Keeper of the Flame” the lyrics;

I think that is all that we have and can truly value; our stories. I also think that is why relationships that are broken are so hard to accept because we want to share our story and we want to keep the flame going.

In 1998 my oldest daughter estranged and I am holding so many stories that I want to share with her. Funny little stories that might not mean much to most people but they are part of our history. I want to tell her about the first time she tried broccoli. She was just two years old and she took a bite while in our small Texas kitchen. She walked from one room to another chewing on it and chewing on it and chewing on it and then returned to me in our kitchen and spit it out in my hand. She tried it and really gave it a good try but just didn’t like it!

I want to tell her about how she took her Beta fish to show and tell in kindergarten. How much spunk and attitude she showed as a little girl when someone didn’t say her name correctly. And so many other little stories … stories that are lost forever if not shared and told.

Today is the anniversary of my husband late wife’s death. It was 25 years ago. She left him with pre-mature infant twins a son and a daughter. He is the “keeper of the flame” as he alone has so many little stories about their very first few days and weeks of life. How they were as infants and how he was as a first time new father.

We all share our stories partly to connect and in part to keep the story alive and remembered. Our stories are important to us as they chronicle our lives. I think most parents have vivid recall of the early years of their children’s lives. The stories help to show us how unique and special they are and we are and our stories validate our life.

When we are the witness of the life of another person we automatically become “the teller of the story” and the “keeper of the flame” for them, we are part of their story and history. Broken relationships don’t allow for the sharing and telling of the story.

When we fail to share the flame becomes much harder to keep alive and keep burning.

In history where would we be without story tellers? And without those that were willing to write about them and document them and keep them alive and burning for the next generation?

Stories should be shared as they teach us about life about ourselves and about one another.

And because Miranda Lambert says it so well, more lyrics from her song Keeper of the Flame;

I’m walking in their footsteps
I’m singing their old songs
Somebody blazed this trail
I’m treadin’ on
I’m bent, but I’m not broken
I’m stronger than I feel
I’m made of flesh and bone
Not made of steel

Keeper of the flame
The teller of the story