Good Work Speaks for Itself
By Bernadette A. Moyer 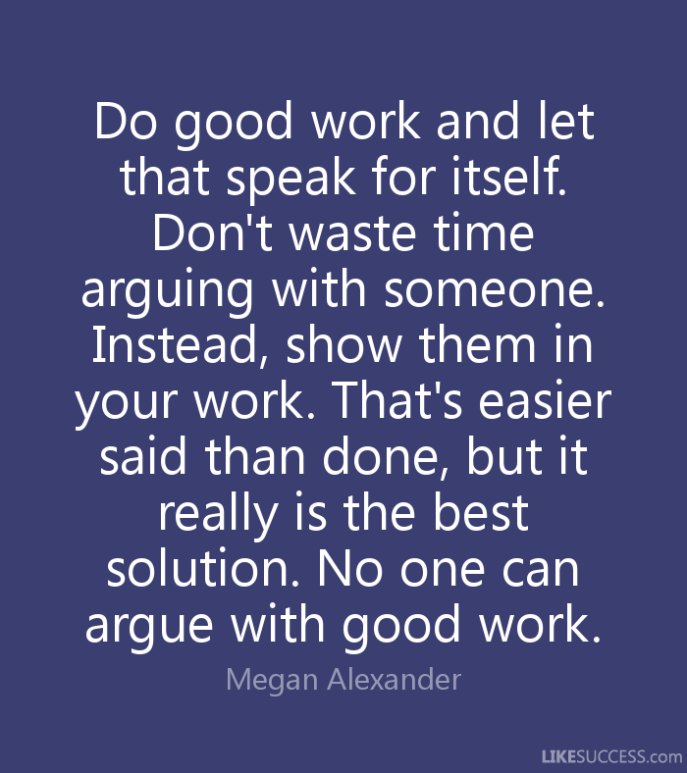 I have never been fond of people that toot their own horn. I prefer to look and see and view the work that they do and then form my own opinion. Bragging about oneself never looks good on anyone and at the end of the day, good work speaks for itself.

At the age of 26 I was the youngest Realtor in my office most were much older and more successful than I was, at that time I wasn’t even a homeowner, not yet, that came later that first year. One of the things I loved about my broker and our office was the huge white board that was hung in a prominent place in our office. It was placed where all the agents passed by in route to our own work stations. The board contained all the recent homes that were listed and sold and their status such as “active” “under contract” or “settled” and the name of the agent who listed it and/or sold it.

At that time in my career nothing made me happier and prouder than to see my name up there! And when my name appeared multiple times with different properties that I listed or sold I was beaming. I never had to toot my own horn as any production in our office was clearly posted for all to see. You were achieving or you weren’t and it was right there in black and white.

Later when I transitioned into the not for profit arena, there was no white board to tout success. The nonprofit arena was much more humble and more about servant style leadership. Generally work in the nonprofit world you are looking at success through a different lens. As a professional fundraiser I learned early on that I need to throw a big net, garner as many supporters as possible to achieve our goals.

“Me” was definitely replaced with “we.” The competition I experienced as a Realtor up against all other Realtors to get that listing or sale was replaced with a wider view on what defined success. We weren’t in competition but rather trying to work in alignment to achieve success.

The success that I achieved, professionally was on a quieter level, it was more about knowing I did my best had done the necessary research and that I extended my hand and heart to as many people that we could 1) support and serve and 2) gain support from in both time and treasure. It was far less about “me” and seeing my name up there and all about moving the ball forward as a team to achieve the goals that the team set.

Success was sweet but it was also quiet. You knew when you did a good job because the quality was in the work that you did. I was fortunate to have great mentors in my career both in the business community and the nonprofit community.

Every single day things change in the business world whether it is for profit or not for profit, change is a constant. The good news though is that a few things never change and one of the most important things is that “good work speaks for itself.”

“Don’t ever put your name on it, until the quality is in your work.” A Mentor