What ever happened to the Golden Rule?
By Bernadette A. Moyer

I read everything and I’ve learned to comment on few things. Yesterday I read political posts from people that I know and like and basically they were full-throttle trashing the President. All I could think was/is if your son or daughter or grandchildren said the same things about their class President would you think that was appropriate language? I know they wouldn’t. No school would allow a student to talk to another student with such disrespect.

We model all our behaviors for our children and for our grandchildren, would you take pride in your child or grandchildren if they spoke the same way and used the same words that you use? How about this, how about if someone said that same things to you and about you? Would that be okay?

In a world full of change and filled with different opinions and views, I still do my best to live by the golden rule. Spewing hate about anyone just makes YOU look bad it doesn’t make the person you are attacking and degrading look badly.
Civility and kindness cost nothing and yet so many seem to forget that. IF YOU WANT TO HAVE PEACE AND LOVE, BE FILLED WITH PEACE AND LOVE!

I will never get the mental image of both Madonna and Ashley Judd out of my mind, the way they spoke during the Women’s March and the words they used didn’t make me think badly about their intended targets but it made me look at them in a very different light. I can’t think of any situation where I would ever want to be like them or speak like them.

The attacks all seemed beneath them Ashley Judd saying Trump looks like he rolled around in a bag of Cheetos? Really that is your supporting statement? I love a good debate but on the merits and not on personal attacks. When you have to go so low to try and make a point, you probably don’t have a very good argument to begin with, sad. 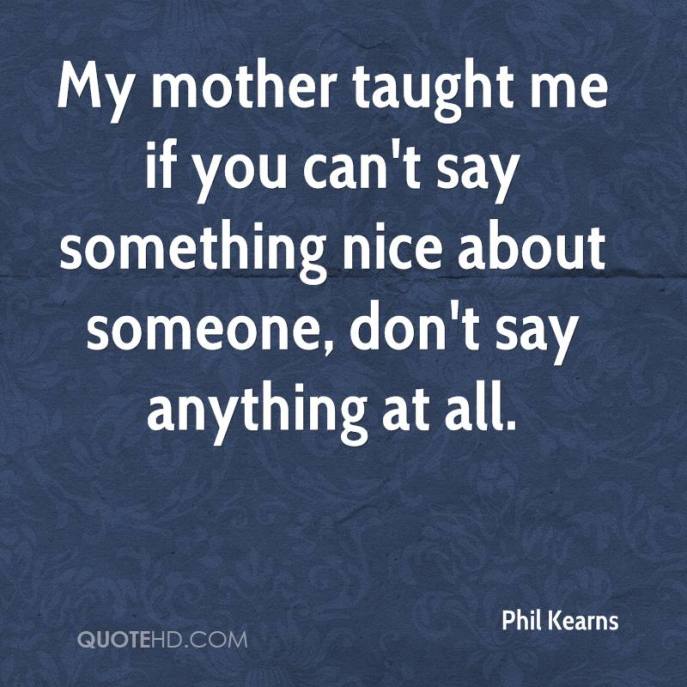 My mother was famous for saying, “If you can’t say anything nice, don’t say anything at all.” Seems to me this is still good advice. I worry and I wonder about a generation of young people who witness what goes on in this hateful divisive climate and how what they witness today will do to affect their own behaviors tomorrow.

And what about Karma, when you spew hate and unkindness I don’t think you can be surprised when it all comes right back at you? What you sow in the universe becomes your very own garden. I prefer to sow the seeds that grow love, kindness, understanding, tolerance, acceptance and most of all I do believe that the Golden Rule is still relevant and I do my best to treat others in a way that I would want to be treated.

Books by Bernadette A. Moyer on Amazon and Barnes and Noble

3 thoughts on “What ever happened to the Golden Rule?”